Most people believe in luck, and some will carry around a symbolic talisman or luck charm to bring good fortune and ward off evil. Cultures around the world have developed symbols, objects, gems, numbers, and signs that are believed to bring good luck. Symbols of good luck come in a variety of forms, shapes, and sizes. There are also signs of good or bad luck in plants, insects, animals, and in nature. Here are the most popular animals that symbolize good luck.

Bonus offers are eligible for new players and terms & conditions apply! 18yrs+ Only!

Pigs are considered to be a symbol of prosperity, good fortune, and wealth. The European and Chinese cultures believe that having charms that are in the shape of pigs has the power to attract good luck. In Chinese mythology, the pig symbolizes tolerance, honesty, diligence, and initiative. The Germans also use luck interchangeably with the word pig (schwein) sometimes. From the middle ages, pigs were considered as symbols of wealth, and you can prove this by all the piggy banks that people use to save all around the world.

Dolphins are considered to bring good luck in several different cultures, including the Ancient cultures of Rome, Egypt, Sumer, and Greece. Native Americans and Christians believe that the Dolphin is a symbol of protection and its image brings good luck.

In many cultures, frogs are a sign of wealth, abundance, friendship, and prosperity. Additionally, frogs are symbols of safe travels and fertility. The Native American culture in the Southwestern United States, the frog is symbolized with a piece of wood in its mouth because Mojave’s believed that they brought fire to human beings. In Ancient Egypt, the frog goddess Hekt offered protection to babies, and they were considered to be symbols of birth and fertility. The frog also helps to find lasting love and attract true friends. 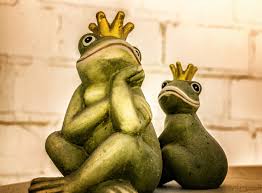 Rabbits symbolize prosperity and fertility in different cultures around the globe. In Northern Europe, children were given white rabbits as gifts to make sure that they lead successful lives. In cultures of North America and Britain, most people customarily say the word rabbit three times when they wake up on the first day of the month as it is considered good luck for the new month. Some cultures even carry the rabbit’s foot as an amulet that brings good luck.

According to the Feng Shui principles, elephants are considered as symbols of overcoming death. In India and Buddhism, elephants are considered to be a sign of good luck. The Ganeshsha, which is the Hindu deity that has an elephant’s head, is the Hindu god of good luck. Individuals who consider elephants to be their lucky charm will put figurines and statutes in different areas of their houses like doorways and shelves. Elephant symbols attract good fortune into the house, love, protection, academic success, fertility, and many more. Elephants are also symbols of loyalty, strength, solitude, intelligence, power, and wisdom.

In ancient Egypt, cats are considered to be sacred animals. In most cultures, cats are a symbol of good luck. The Japanese have a white cat figurine that is known as maneki-neko and is a lucky charm that brings good luck to the owners. In Germany, if a black cat crosses your path it is considered a sign of good luck. However, this is only true if the cat crosses from the left to the right.

There are many other animals that bring good luck to people of different cultures. There are countless beliefs all over the world revolving around specific animals that are believed to carry a lucky charm. Online players can bring these charms, believes, and lucky symbols into your gambling game and boost their chances of hitting the jackpot.

Summer Is Here And So Are Some Newly Designed Slots

Mac Computers – In The World Of Online Gambling Casinos