Bonus offers are eligible for new players and terms & conditions apply! 18yrs+ Only!

William Hill is one of the oldest casino brands operating today. Originally founded in 1934 as a postal card and telephone betting service, William Hill Casino has since expanded into a massive casino company, employing more than 16,000 people across nine countries. In 2013, William Hill became the first European gaming operator to receive a full gaming license by the Nevada Gaming Commission. After acquiring the license to operate in Nevada, the international casino brand purchased three United States gaming properties in the city of Las Vegas. By 2016, the gaming company had established more than one-hundred betting kiosks across the state of Nevada. They later began operating in the U.S. state of Delaware as well. 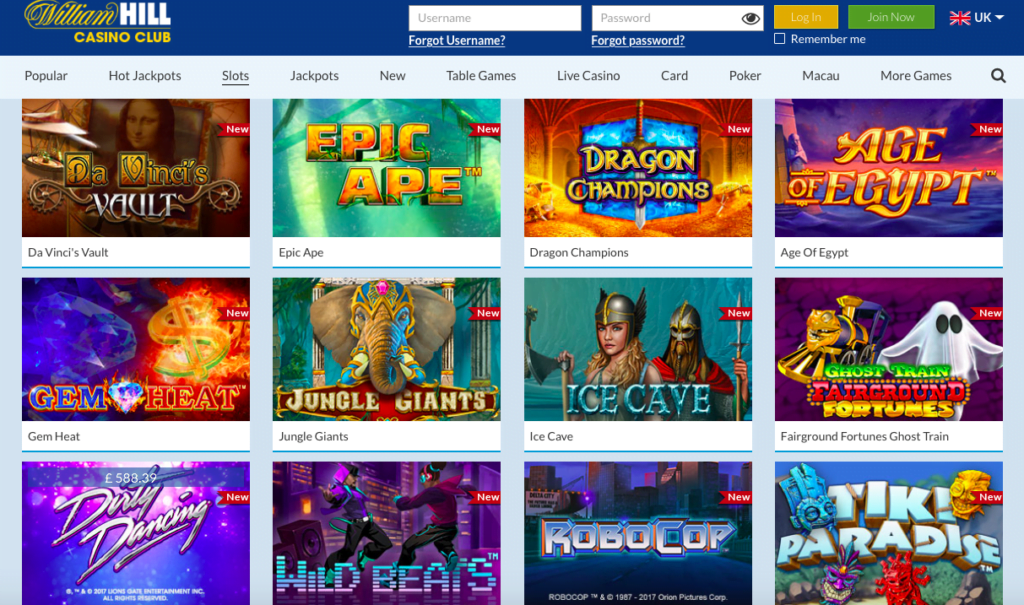 After conquering some of the United States gambling market, the executives at William Hill began negotiating with Playtech plc in 2014 in an attempt to expand their business to Australia. They eventually bought nearly one-third of Australia’s largest online betting marketplace, tomwaterhouse.com. Just one year after expanding to Australia, William Hill reached a milestone of three million active digital customers in that one country alone.

William Hill is a public company that trades on the London Exchange under the symbol WMH. They have a market cap of 2.58 billion GPB and a yearly revenue of just over 1.5 billion GPB. Although their stock price has been relatively stead for the past year, they hit their peak price about five years ago when they were trading at just under 700 GPB. The drop in price is not due to a declining business, rather it is directly related to business deals that have added many shares on the open market over the past five years.

When You Visit William Hill Casino

William Hill Casino is an all-in-one online casino. Rather than specializing in a specific area, such as slots or card games, William Hill prides itself on having one of the widest selections of gambling opportunities in the world. On the front page of their website, they advertise a sportsbook, table games, a live casino, slots, bingo, scratch tickets, poker, and a lottery.

Regardless of which game type a customer selects on the William Hill Casino homepage, the same account is used for all online gaming. The software used to run their online casino is extremely smooth and user-friendly, as one would expect from a multi-billion dollar casino company.

As most online casinos do, William Hill offers all new customers a bonus upon signing up for an account on their website. Each customer has a choice between two different initial welcome bonuses. The first bonus gives customers a 150 percent bonus on their first deposit. Players using the instant-play on the William Hill website can receive a maximum bonus of 150 GPB when using this bonus, while players using the fully downloaded casino can receive a bonus of up to 200 GPB. The only requirement with this first sign-up bonus is that a minimum of 35 GPB must be deposited in order to receive the bonus.

The second welcome bonus is designed for high rollers. The bonus is only a 30 percent bonus, but instead of 150 or 200 GPB, players can receive up to 300 GPB free with their initial deposit of at least 1,000 GPB. Mathematically speaking, the high roller bonus is only worth it for customers if they are planning on depositing 1,000 GPB or close to it.

William Hill Casino in the Mobile

Mobile gaming has become increasingly popular as innovative technology has allowed for gamblers to play games on their phones almost as smoothly as they can play on their computers. William Hill has been a leading force behind the mobile casino movement, and their online casino app has now been downloaded more than 2.5 million times.

In total, William Hill Casino offers nearly 300 games on their website. Their casino games are powered by Playtech, one of the most used and highly rated online casino softwares ever created. This is the same Playtech that William Hill worked with in 2014 when they significantly expanded their business in Australia. William Hill’s live online allows for customers to play games such as blackjack or roulette with a live dealer through a high-quality video stream.

William Hill offers customers a wide variety of options to make deposits and withdrawals from their online casino. Both deposits and withdrawals can be made through bank wire, credit card, Neteller, PayPal, Entropay, and Skrill. Bank wire offers the most flexibility both in terms of maximum deposit amounts and options for withdrawing. Please note that PayPal is not always available as a payment method. PayPal has blocked their services from being used by gambling companies in many countries to help avoid fraud and underage gambling.

Getting Help at William Hill Casino

William Hill is one of the best when it comes to customer service. This is likely due to the experience of being around and listening to customer concerns for the past 82 years. They offer 24 hour customer support through phone, email, and live chat. In terms of cashing out, William Hill customer service has a payout percentage of nearly 98 percent at an average of two to four business days.