March 14, 2018 Posted in News, slots by lukasmollberg_94z56qx4 • No Comments
Online slots are one of the most popular forms of online gambling, and are played by a lot of people all over the world. While online gambling remains illegal in many places, it is also still legal in many places, including most of the European Union. This particular kind of gambling first made its appearance in the late 1990’s, and has since ballooned into a massive industry. One might say that online gambling has grown along with the rest of the internet.

As with any kind of gambling, a person might win or lose, depending on a mixture of skill and luck. But sometimes, there are those who get really lucky and land a win that changes their lives forever. This article will recap some of the biggest winners of 2017, discussing where and how they acquired their new-found riches. Just remember, if they can win big, so can you! These examples show that Lady Luck can be just as kind as she is cruel. 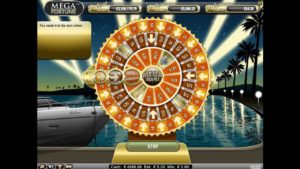 The first one happened in January. A very lucky Finnish woman won 3.5 million Euros with a bet of just one Euro. Needless to say, this one created plenty of buzz just because of the high payout and low bet. This big score took place at Paf Casino using the Mega Fortune slot. This is reminiscent of another big win in January 2013, when another Finnish woman at this same casino won an astonishing 17 million Euros on one spin.

The second big win happened in the same month. This one happened at Captain Cook’s Casino, and was done from a mobile device. Using the Mega Moolah slot, the player won an incredible 6,078,249 Euros! This isn’t the first big winner to come from this particular slot. Back in March 2009, a Greek player won a jackpot of 6.3 million Euros at River Belle Casino. Georgios M, the lucky winner, had this to say when asked for his reaction:
“Do not lose hope. It’s a small moment that could change your life!” 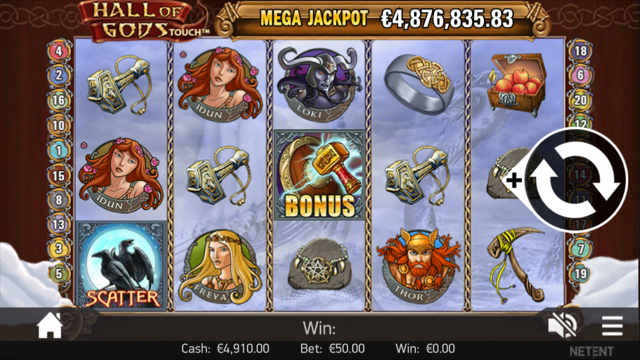 Later on, in June, an even bigger win happened at Folkeautomaten Casino when a Norwegian player won about seven million Euros on the Hall of Gods slot!

Another person won an even bigger jackpot using the Mega Moolah slot. This one was about 7.7 million Euros, and represents the fifth-largest Microgaming win ever. This one took place at Unibet Casino.

Our fifth and final big winner of 2017 was a very lucky player in Germany who won about 4.4 million Euros on the Mega Fortune slot. He was playing at Casino Euro and he won this giant payoff in November. Curiously, he said that Mega Fortune wasn’t even his favorite slot. But, that’s the way it often goes. They say the punch you never expect is the one that knocks you out. In like manner, they say the big payoff is the one you never see coming. Like this lucky German fellow, you might just be playing around without even really trying, using a slot you don’t even normally use…and just like that, you can end up winning enough money to quit your job and start a business!

Whether its Mega Fortune, Mega Moolah, Hall of Gods, or any of the other games that can be found at the various online casinos, you can bet that there will continue to be more of these big winners in 2018. While it might be common for a person to lose a little money when gambling, it is also common for a person to win a little money…and sometimes, if your luck is good, you get the payoff of a lifetime.